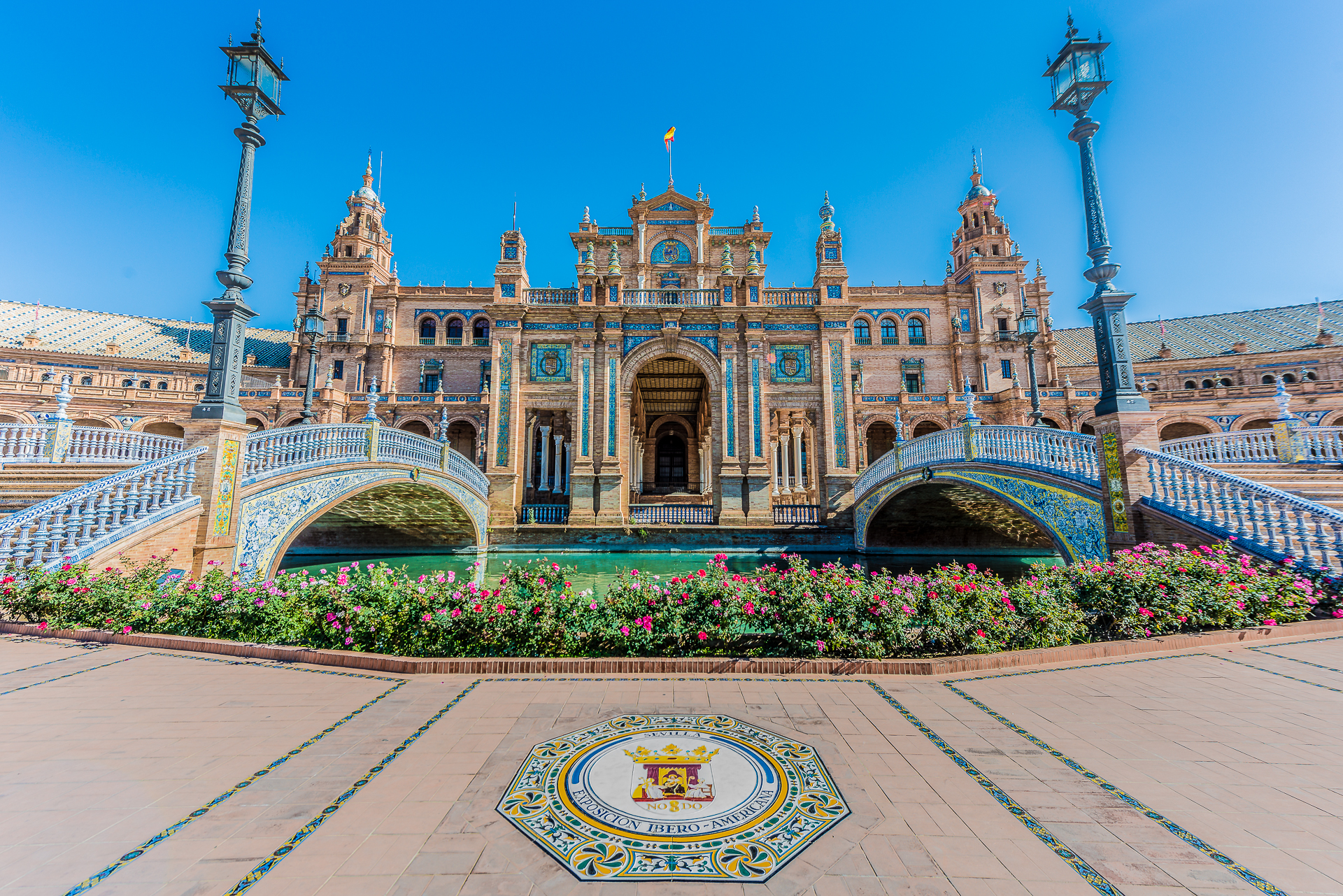 16th Academy of Innovation, Entrepreneurship, and Knowledge Conference – Greening, Digitizing and Redefining Aims in an Uncertain and Finite World

Founded in 1505, the University of Seville (US) is the second largest in Spain in terms of number of students (over 70.000), and the first in Andalucía. At the center of gravity of the city’s social and cultural life, the university owns an extensive historic-artistic collection amounting to thousands of pieces. It is on a par with some of Spain’s major museums.

Today, the US is well known for its vital research in Technology and Science, which not only aids the development of science as a whole but, more importantly, enriches and develops the culture of Seville and Andalusia. The US is positioned among the best reputed universities in the world, according to the most relevant international rankings.

The US takes pride in its self-government and independence but, above all, in its ability to
provide a public service at such a high standard due to the excellence in teaching and research. This motivation is reflected in its ancient motto with the four qualities that the university lives by: `Equality, Liberty, Justice and Pluralism´.

With regard to research, the US has more than 500 research groups and 7 University Institutes of Research and 6 Joint Centres of Research with the Spanish Higher Scientific Research Council. This makes the US essential for regional development, not only economic but also social, being amongst the 10 best universities in Spain with respect to the number of publications, and the third in the number of patents and income for industry. On a global level, the US stands out in the most prestigious international rankings, in both general and specialized by areas rankings.

The City of Seville

Seville, capital city of Andalusia, located in the South of Spain, has some 800,000 inhabitants. The city is known worldwide for its security, its nice weather (warm winters and hot summers, which gets people active outdoors), its warm and festive atmosphere, its kind people, a reasonable cost of living, as well as its traditions and village festivals. With a privileged climate, Seville is a universal, worldwide known and most visited city, which has served as an inspiration of painters and writers.

This city accumulates a unique monumental heritage that ranges over diverse historical and cultural periods, resulting from different civilizations that have inhabited it throughout History. The US campus is integrated in the city, in its different metropolitan areas. This fact allows the students to live together with the cultural richness of Seville, including the park of María Luisa and Plaza de España, the Cathedral, the famous towers (the Giralda and the Torre del Oro), the Archive of the Indies, the Santa Cruz and Triana neighborhoods and the Reales Alcázares, declared world heritage by the UNESCO. Cultural attractions in Seville include theatres, cinemas, concerts and museums (for instance, the Andalusian Centre of Contemporary Art and the Museum of Fine Arts, the second most important art gallery of Baroque art in Spain). The Centre of Cultural Initiatives of the US (CICUS), located in a former convent of the sixteenth century in the center of Seville, is the reference place for the cultural activities of the university and the city.

The varied gastronomy of Seville stems from the Mediterranean diet. Seville has outstanding restaurants and tapas bars spread throughout the city which are affordable to everyone. The US canteens are located in all five University Campuses. All of them offer a menu made up of a main course, a second course, bread and dessert. Students can choose daily from three different menus which are varied and balanced in terms of diet.

Seville has an international airport operating over 45,000 annual flights, thus enhancing the city’s connection to any other part of the world. It also offers a wide range of public transport service, including short-distance trains, underground, tramway and urban bus (Tussam), where students benefit from discount cards. The city of Seville is situated within the Guadalquivir valley. Therefore, it is located in a low-lying flat area. This has enabled the implementation of a bike rental public service called Sevici, with a bike lane of 170 km and 250 posts.
Travelling around Andalusia and Spain is simple, affordable, safe, and fast. Seville is well served thanks to a road and rail network, including the high-speed train (AVE), which facilitates access to any point in the country. The AVE allows you to travel from Seville to Madrid —a distance of 500 km— in just two and a half hours, from Seville to Barcelona —a distance of 1000 km—in 5 hours. You can use public transport or the road network to visit the beautiful beaches of Huelva, Cadiz and Malaga, which are just 1-2 hours away, Sierra Norte (Seville), 1 hour away, Sierra de Aracena (Huelva), 1 hour and a half away, and the ski slopes of Sierra Nevada (Granada), 2 and a half hours away. 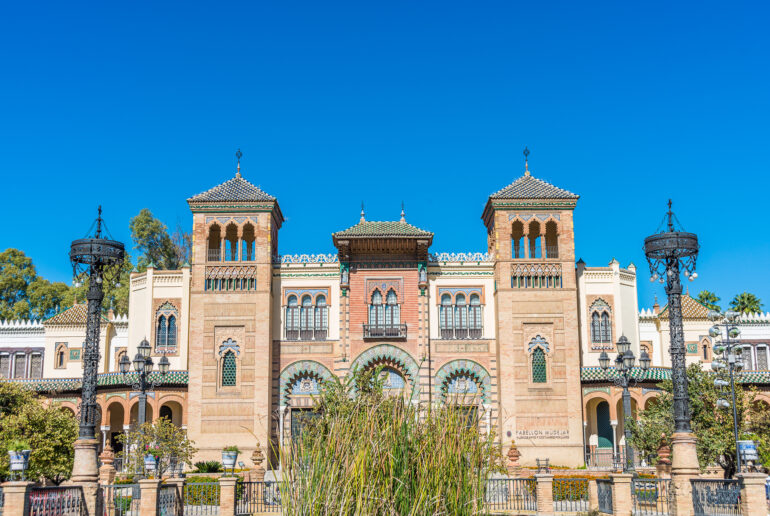 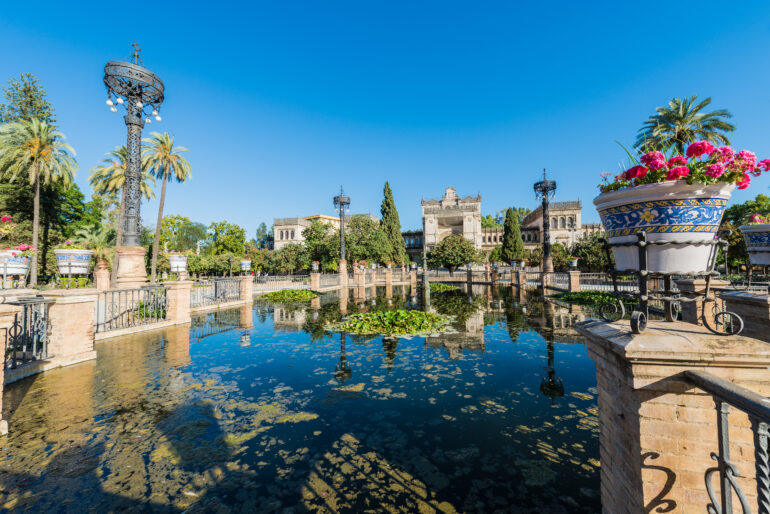 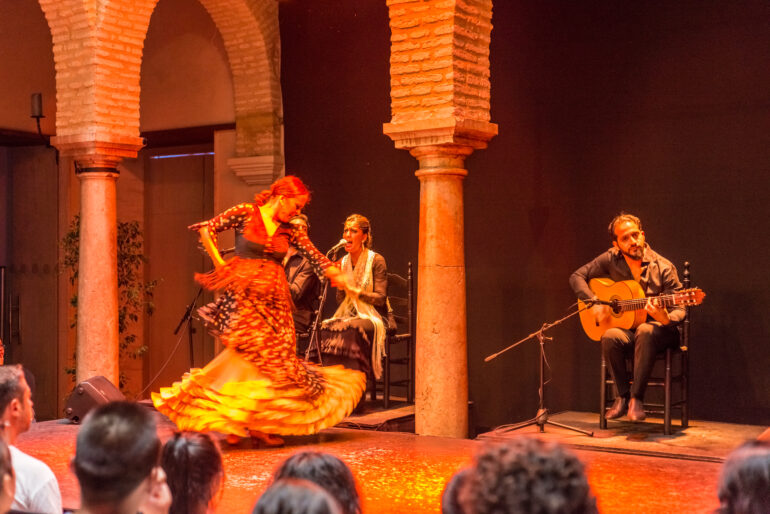 Academy of Innovation, Entrepreneurship, and Knowledge

Any cookies that may not be particularly necessary for the website to function and is used specifically to collect user personal data via analytics, ads, other embedded contents are termed as non-necessary cookies. It is mandatory to procure user consent prior to running these cookies on your website.